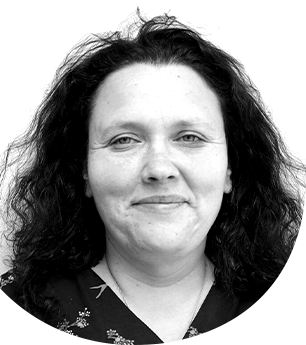 Hannah studied Drama at the University of Hull and, immediately after graduating, worked as Assistant Director on the play Art in London and New York. She then won a Bursary from the Channel 4 Directors’ scheme and spent a year as Mark Clements’ assistant at Derby Playhouse. During this year, she directed her first main stage production – John Godber’s Perfect Pitch.  She stayed as Director in Residence at Derby Playhouse for a further two years, co-directing two pantomimes and directing The Blue Room by David Hare, Life in the Theatre by David Mamet and On The Piste by John Godber. During her time in Derby, Hannah was also responsible for developing new writing, working on over 15 world Premieres.

After leaving Derby, Hannah returned to London to direct Jamie Theakston, Steve McGann and Chris Luscombe in Art by Jasmina Reza at the Whitehall Theatre and then spent three months in Manchester as Associate Director for the closing ceremony of the Commonwealth Games.

In 2003, Hannah became the youngest women in the UK to become an Artistic Director when at the age of 25 she joined Harrogate Theatre, where she stayed for three and a half years.  For her first production, she did the regional premiere of Art with Les Dennis, Christopher Cazenove and John Duttine which then toured nationally.

Other productions for Harrogate include two dinner-theatre productions Side by Side by Sondheim and Putting it Together, Bouncers, the Fats Waller Musical Ain’t Misbehavin, Ibsen’s Ghosts, Camping Cleo Emanuelle and Dick, The Fantastiks,  the critically-acclaimed Steaming (performed in Harrogate’s Turkish Baths), Talking Heads and Alan Ayckbourn’s House and Garden, two plays performed simultaneously by one cast which saw a dramatic re-design of Harrogate Theatre’s auditorium, allowing it to temporarily become two spaces.

After leaving Harrogate, Hannah has directed over 200 plays and musicals nationally and internationally. Including Tick Tick Boom The Duchess Theatre Westend.  Pack Of Lies Menier Chocolate Factory  Little Wars starring Juliet Stevenson, Sophie Thompson, The International tour of Flashdance for Selladoor productions, Alan Bleasdale’s Down the Dock Road  at The Royal Court Liverpool, Mother Courage and Her Children Southwark playhouse, new British Musical Treason at the Cadogan Hall, Greener Gardens at Chichester Festival Theatre, 54 a new musical scheduled to open next year in the West End. and Amour by Jeremy Sams and Michel La Grand at the Charing cross Theatre for which she was nominated for best director at the Off West End awards. The European premiere of Side Show at Southwark playhouse. Hormonal Housewives (UK Tour), Horrid Henry live and Horrid (UK tour and West End).

Other recent work includes Beauty Queen of Leenane and Stones in His pockets, at the stunning Minack Theatre Cornwall. Hannah is Dramaturg and Director for new British Musical Treason which will premiere in concert this summer at Drury Lane before a full production next year. She Is also director and dramaturg for new British Musical Good Enough Mums club.

As well as her own work Hannah was associate director on Boeing Boeing, directing 4 casts in London, 2 on Broadway and 1 in Melbourne.

Hannah has directed at most of the UK’s leading drama schools where work includes, Light in the Piazza, Amour, Sweet Smell of success and the Wild Party for the Royal Academy of Music, Legally Blond, The Bakers Wife, Bring it On, In the Heights, Jane Eyre and Rent for The Urdang Academy, I Love you Because, Passing Places LAMDA, Cry Baby, Hitchihiking across America Arts Ed. She has also directed Parade, Beaitiful Game, Sunday in the Park with George and Ragtime for The National Youth Music Theatre.

Hannah is creator and co-host with actress Laura Checkley of “The proper class podcast” a celebration of working-class success produced by Rangabee Romesh Ranganathan”s production company.