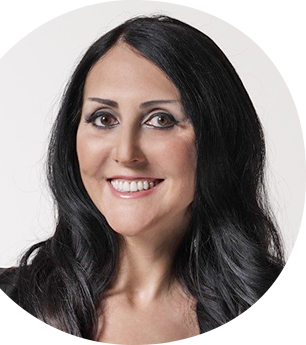 Author and former editor-in-chief of Marie Claire – where she ran a high-profile campaign to ban skinny models – Star writer at the Daily Mail and columnist for the Mail on Sunday. The twice winner of the prestigious Columnist of the year award is now having fun on her weekly podcast telling it like is, no holding back.

Liz grew up in Essex and suffered from anorexia from the age of 11 until her late thirties, she now Lives in North Yorkshire with four collies: Mini, who is perfect, the wonderful but dysfunctional Missy, Gracie, who has so far chewed 13 seat belts, the interior of a RAV 4, 11 Sofas, 17 dog beds, and 8 pillows. Lastly, Teddy the new boy on the block. Liz also has an ex-racehorse and eventer who doesn’t like apples, carrots or polos and a rescued pony who likes everything including roast dinner stolen off her plate, crisps and spaghetti hoops.

Links to articles and interviews

Liz is well known for her passion for animal welfare, this is just one of many features investigating and campaigning against cruelty and abuse

The plight of the Indian elephants in the Tourist industry

Liz has campaigned against the use of thin models and airbrushing for many years. Images in the media were a catalyst for her own eating disorder but in this feature Liz tries to find out what it’s like to be morbidly obese, to see things from a new perspective, from the other side of anorexia

I’m used to be invisible but being obese is worse

Liz and her ex husband come together in this article to give their take on Rich wives who fake it in the bedroom. Liz candidly discusses why she had to fake it in a compelling insight to the very public marriage.

Rich Wives DO fake it in the bedroom!

Liz is known not to shy away from any subject, however uncomfortable she puts herself out there to see what it’s really like to have a facelift, tattoo, eyebrow transplant.

Shortlisted for Lifestyle Podcast of the Year 2021

The Evening Standard: ‘A better writer than Helen Fielding’

The Observer: ‘The Tracey Emin of literature’