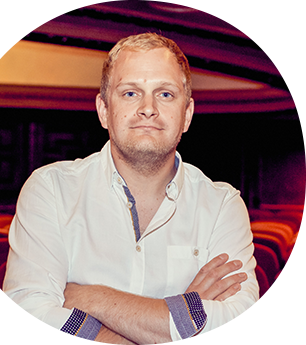 Olly launched his career some 20 years ago in his home town in the South of England, he has gone onwards to present a vast variety of work across 5 continents and over 50 countries.  Projects including major musical theatre and plays, live music, broadcast and Olympic sporting events.

Olly’s work has been highlighted recently, having been awarded the accolade of ‘Best Sound Design’ for the world premiere production of ‘El Medico, El Musical’, a stage production of the best-selling Noah Gordon novel ‘The Physician’.