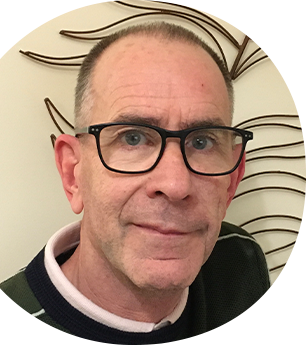 For many years Paul has been Creative Director at the Everyman Theatre, Cheltenham, where his directing credits include WAITING FOR GODOT, EDUCATING RITA, THE GEORGE GERSHWIN SONGBOOK, THE GLASS MENAGERIE, SHIRLEY VALENTINE, SAME TIME NEXT YEAR, GREAT EXPECTATIONS (also script adaptation), INTIMATE EXCHANGES, LADY CLANCARTY (which he also adapted and in which he played William of Orange), MARRY ME A LITTLE, MRS LOWRY AND SON and the premieres of Amy Rosenthal’s FEAR OF CHERRY BLOSSOM and Martin Lytton’s slavery play TWENTY-ONE POUNDS.   He directed the tours of CIDER WITH ROSIE starring Susie Blake, A PASSIONATE WOMAN starring Liza Goddard and MRS WARREN’S PROFESSION starring Sue Holderness and Christopher Timothy.  For the Everyman he has written and directed three large-scale professional/community plays:  WILL HARVEY’S WAR, BEATRIX POTTER AND THE TAILOR OF GLOUCESTER and FLY EDDIE FLY starring Eddie “the Eagle” Edwards.  He has led the Everyman’s Actors’ Lab and Writers’ Lab; and has twice won a Writers Guild of Great Britain award for the encouragement of new writing.

Paul has directed at many of the country’s leading drama schools, including Mountview , Guildford School of Acting, Italia Conti, Manchester Met School of Theatre and Birmingham Theatre School; and spent ten years as Senior Acting Tutor and Head of the Postgraduate Diploma Course at the Birmingham School of Acting/Birmingham Conservatoire. From 2016 until 2020 he was External Examiner for the Bristol Old Vic Theatre School/University of the West of England.

He has directed numerous productions (including CUBA, ETERNAL, BEAUTY AND THE BEAST, SNOW WHITE, ALADDIN and ROBIN HOOD AND THE BABES IN THE WOOD) at the Swan Theatre, Worcester.  He has also directed for Jordan Productions (CINDERELLA at the Lighthouse Theatre, Kettering),  Dreamshed Theatre Company (THE TEMPEST), Fairgame (BURNT OUT), Red Dog (IT WAS A GLORIOUS NIGHT with actor-musicians), Hammerpuzzle (A GLOUCESTERSHIRE MIDWINTER) and at the Courtyard Theatre, Hoxton (the premiere of Miranda Walker’s AN INSPECTOR CALLS BACK).

Before being a director Paul worked for many years as an actor and a choreographer.